Locky is a Ransomware which become active a few months ago. The threat actors behind this malware seems to be the same than Dridex  (1 and 2)

The 12th of May there was a huge campaign of Locky hitting several countries, Switzerland was one of them.

The modus operandi is always the same than with Dridex: thousands of emails sent with a MS Word file attached which acts as dropper. The Word file contains some obfuscated VBA which download the malicious PE file. The word file was named "Document 2.docm" and had around 50k of size

In this case, the interesting part is that the MS Word Document looks empty when opening. This is a trick done by the cyber criminal to fool the victim, to make them thinking that the Macros needs to be enabled in order to see the content.

One the the PE is executed some files are encrypted: 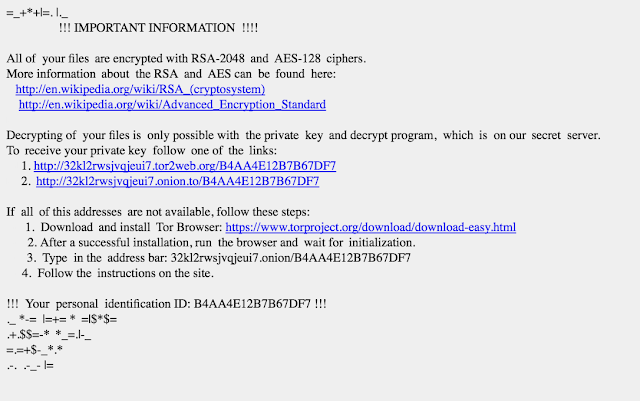 The bad guys ask for 4BTC to decrypt the files: 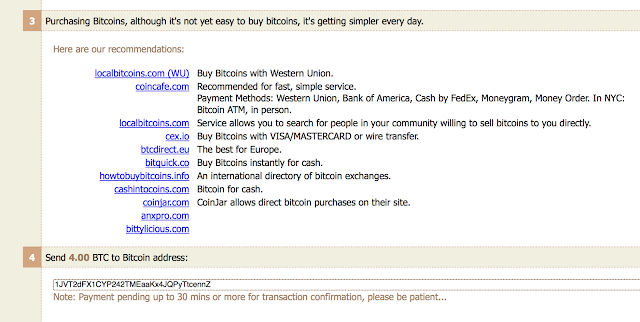 Yesterday, during a few hours, again, there was another big campaign using exactly the same technique:  a blank Office document attached with some VBA, but in this case the name of the file was different each time"ORDER-XXX-YYYYYY-ZZZZ.docm", and the size was also different (around 70KB).

Today, there is still ongoing another campaign using exactly the same kind of MS office blank document. In this case the name of the document is different each time "Bill_xxxx.docm"  and the size is around 52KB. The dropped file is "89yg67no"