Kaspersky announced that its researchers have found the most sophisticated Android malware which can be compared to Windows malware in terms of complexity.

In a post from SecureList there is already some information about how this malware works.

Basically, the malware is able to infect the core Android Zygote process, which is the parent process of any application launched in Android. This means that potentially any application executed in the mobile might be infected. Also, it is very a modular malware and it has the ability to download and install additional modules, hence to perform absolutely anything in the compromise device

I have taken a look to a coupe of samples and there are few interesting points. 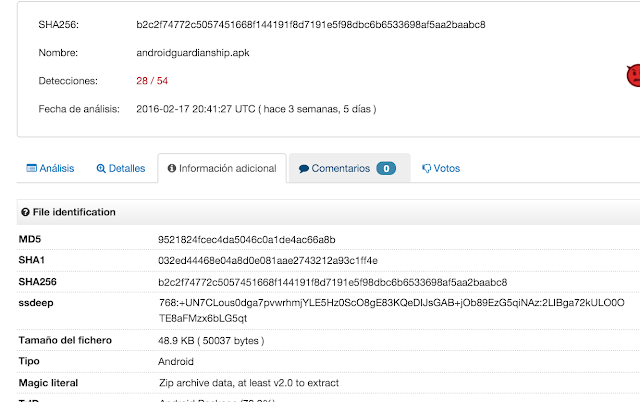 This sample did not work in two devices running Android 4.4 and Android 6.0.1 (although it is supposed that it should work with Android < 4.4.4). It perfectly worked in physical device running Android 2.3.7. 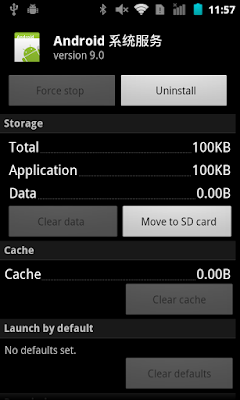 Note that the size of the application is only 100KB once installed.

After rebooting, the application starts doing its job.  A new process is created (app_63) and lot of threads are spawn.

Later on, it communicates with the C&C ph4.xiaoyisy.com using port TCP/8080.

Four files are created in the filesystem:

Finally a JAR file is pulled from other server, xla.poticlas.com, through normal HTTP

The file downloaded, OPBUpdate_6000.jar, contains 3 more files. There is one APK file and one .DEX file.

The APK and the DEX files are detected as malware as well.

Once GloablBCServiceInfo.apk is installed, process com.bc.android.core.bcservice is spawned, there are new HTTP connections to the C&C, but this time to a different subdomain: ph2.xiaoyisy.com.

Those two modules can hook applications using SMS and can send SMS as well.


What we have so far: